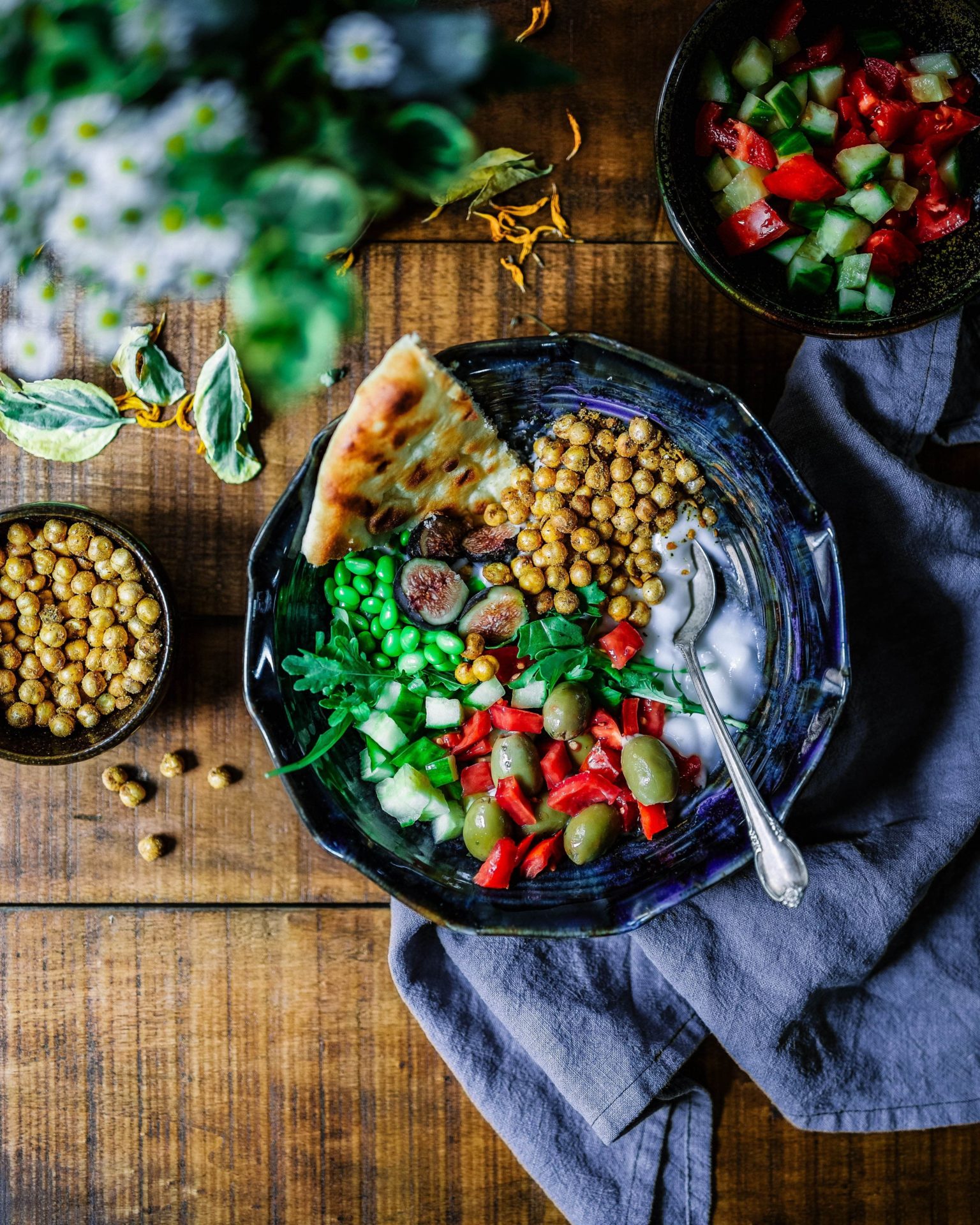 “There are still people who dismiss gastronomes like me as if we were selfish gluttons who don’t care about what surrounds them. On the contrary, it is precisely these skills that we possess that make us care so much about what is in front of us. We are almost like co-producers of food, participants in a shared destiny, and by that, I mean that we all live in the same world, and it is the only place we can all get our food.” So begins Carlo Petrini’s introduction to his book Slow Food Nation, why our food should be good, clean and fair.

Carlo Petrini comes from the small Italian town of Bra and was part of a group of gastronomes who in the late 80’s began the well-known phenomenon of Slow Food, which was consolidated in Italy in 1986 following the opening of the first McDonald’s in the Mediterranean country. And for those who are wondering, yes, it is still there, in Rome’s Piazza di Spagna. They also adopted as a symbol a snail (attached image), which represents an invitation to live more quietly and pay attention to the present moment.

Petrini is currently known as the founder of this international movement, which has become very relevant, with a presence in more than 160 countries. He has published several works on nutrition, and he teaches at the university. He has also received several accolades, such as the National Peace Prize in 2012 or the appointment as FAO Special Ambassador to Europe in 2016. Last week, Petrini visited Fundesplai’s exhibition MENJA, ACTUA, IMPACTA, and we had the pleasure of chatting briefly with him. You will find the conversation below.

But what is it?

It is a worldwide organisation that promotes a philosophy of life characterised by its opposition to the fast pace of life we lead in Western societies, but also to the mass consumption and anxious globalisation that leads to the destruction of cultures and different ways of life. In addition, it vindicates the protection and defence of the environment as well as the right to enjoy and decide what we eat.

What can we do?

To execute this paradigm shift, it is necessary to change our eating habits, and by this, we mean not only eating more vegetables, but also trying to use less plastic packaging, eating less processed food, and buying local and seasonal food, for example. This may seem strange to us, but the food is a truly great vehicle for transformation towards a fairer and more sustainable society. Making certain changes in our eating habits will not only make us feel better but will also allow us to leave a more sustainable world for future generations.

Everyone should have access to good, fair, and clean food

Having access to healthy food and the daily amount needed is a human right. According to the Food and Agriculture Organisation of the United Nations (FAO), the diet of the majority of the 800 million people who suffer from chronic starvation do not contain between 100 and 400 kilocalories per day (FAO, 2000). This is an alarming fact, given that the World Health Organisation (WHO) indicates that men need an average of 2000 and 2500 kilocalories per day and women need between 1500 and 2000, although other characteristics such as age or weight must also be considered (WHO, 2018).

Most people who suffer from chronic starvation do not die from malnutrition. They usually look thin, but this is not always evident as the body compensates for inadequate nutrition by slowing down physical activity and, in the case of children, growth. This type of caloric starvation is most prevalent in Asia and the Pacific, where 16% of the countries have an average calorie deficit of 300 kilocalories. The situation is worse in sub-Saharan Africa, where 46% of the countries suffer from this deficit (FAO, 2000).

We must enjoy the food and immerse ourselves in the sensations. In other words, we must have a calm intake with full awareness of the action of eating our food and make sure that we fully perceive its taste, texture, and smell. In addition, Slow Food includes sharing these sensory experiences with other people and avoiding social isolation.

Sustainability and reduction of the environmental impact

It is essential to protect our landscapes, ecosystems, and biodiversity from pollution as well as the overexploitation of raw materials and soil, which are resources that are becoming increasingly scarce. Climate change also needs to be tackled urgently. Last May, the World Meteorological Organisation announced that new climate predictions indicate that there is an approximately 40% chance that the global annual average temperature will increase 1.5 ℃ in the next five years (World Meteorological Organisation, 2021). This means more extreme events such as cyclones, torrential rains and droughts, more pole shift, a rise in sea level, increased acidification of the oceans (with the consequent death of aquatic organisms), more holes in the ozone layer (and therefore the need to protect our skin even more). But not only that, if we keep up this abusive consumption and accelerated pace of life, the amount of accumulated waste and greenhouse gas emissions will increase as well.

The aim is to maintain and recover culinary knowledge (local and regional gastronomy) since it shapes the identity and culture of ethnic groups and peoples. For example, in the past —and by “the past” we mean the not too distant past, but the last century— there were not so many medicines and technological advances, which is why foods and edible wild plants were used to treat ailments as well as for everyday recipes that nobody would believe today: have you ever eaten a poppy omelette?

Slow Food therefore proposes an antidote to this mass-produced, unhealthy fast food that seeks to homogenise culinary cultures and find beauty and richness in elaborate, unique, artisanal, and traditional recipes.

In case you are interested, we invite you to visit the official website of the Slow Food organisation.

MY FOOD, MY CHOICE: FOOD SOVEREIGNTY

Food sovereignty refers to the right of farmers and breeders to be able to produce food and the right of consumers to decide what and how they want to eat, as well as the right to decide the origin of the food and the treatment it receives. It is also important to remember that we must consume responsibly and consciously. We must be aware that it is absolutely ridiculous that we always find everything in the supermarket, as each fruit and vegetable has its own cycle and therefore is produced in a certain season of the year. We don’t eat watermelon in winter, do we?

Food is not a business but a common good. Unfortunately, many products respond to the business of large companies, which are usually few and take advantage of farmers and stockbreeders. If they lack a product, they simply import it. For these reasons, food production has become a profit-making activity, while it should only be a way to satisfy a vital need: nutrition.

According to what the exhibition in El Prat de Llobregat explains, it is absolutely necessary to recover the value of local food, not only for ethical and health reasons but also to strengthen the links between the rural and urban areas of the territory. It is essential to promote what our territory is capable of providing us with —which is a lot—. Unfortunately, this is not being done at the moment.

Why is it that territories are predominantly unable to make a living from their production? According to the FAO, there are two reasons for this: a real lack of political will and a lack of sufficient financial resources. However, it seems that even if more resources were to be allocated to agricultural development, it would unfortunately not be enough, as we live in a context of global trade with countries and regional areas specialising in one or a few products to extract the maximum profit. Also, as early as 1996, NGOs and civil society organisations (CSOs) started proposing to the World Food Summit (WFS) the creation of a new decentralised model to avoid the concentration of wealth and power as the current model is destroying the environment, global food security, and cultural diversity.

Following this FAO discourse, what is the basis of food sovereignty?

Below you will find the website of the community of km 0 restaurants, which are places that work under this Slow Food philosophy. At the bottom, you will find a section where you can find these restaurants in a large part of the Catalan Countries. Alternatively, if you are travelling and would like to try a foreign Slow Food restaurant, click on the following link to find an interactive map that will show you where to find it by clicking on any country. Remember that if you are ever in doubt about whether a restaurant belongs to the movement, just look for the snail!